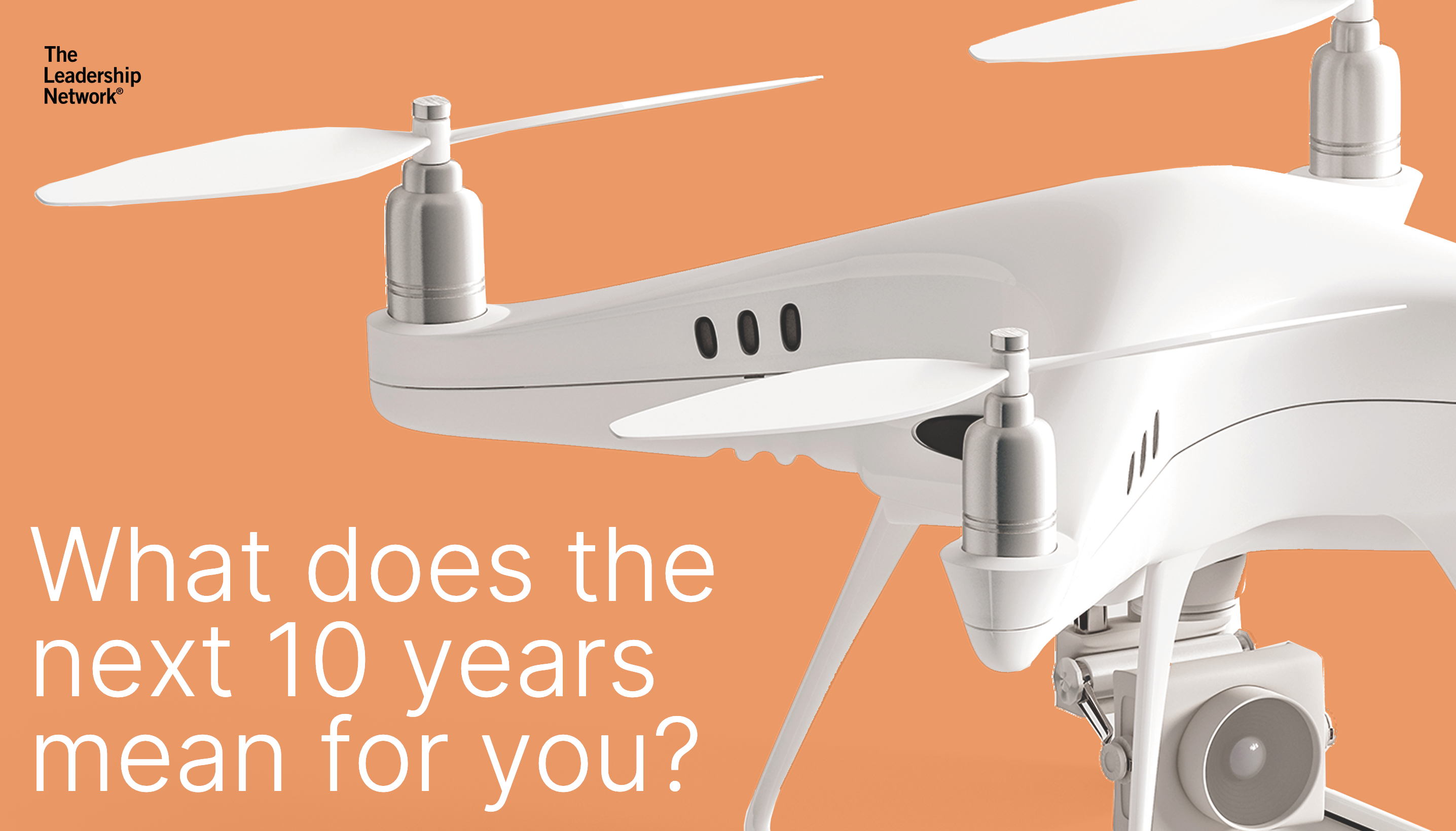 If you were to sit down to try and rank just the top five companies globally by earnings alone who would you include? Apple? McDonald’s? Coca Cola? Ford? Disney? Take a minute and watch the following video clip that ranks the top 15 best global brands by year, starting in 2000 all the way through 2018.

Done? What did you notice? The usual characters like IBM, Microsoft, GE and Coca-Cola are all there. But if you were to magically be transported back to the year 2000, would you have been able to predict what would happen by the year 2010? By 2018? Would you have looked into your crystal ball and declared that Coca Cola would maintain its top spot? Did you even notice when Marlboro dropped off the list altogether? And how long did it take for Amazon to rise from obscurity to sit as one of the top 3?

Twenty years ago, nobody short of a wizard could have predicted that global giants like Ford, Nokia, or HP would have dropped off the top 15 brands list, or that web-based companies would rise so quickly to dominate the world stage. Some may have had an idea that it was possible, but few could have seen the drastic change that was coming just around the corner. And that’s the point. Change is hard to predict. We understand that in business, and life, change is inevitable. But discerning precisely what those changes will be is the hard part.

So, let’s do the hard part and predict what I believe will be the game changers over the next ten years; and how you can best position yourself to stay on the winning team.

1 – The speed of change is about to take off

One thing that is very clear, is that the next decade will see the fastest acceleration of technology to date, and science agrees. Researcher Ray Kurzweil calls this phenomenon the Law of Accelerating Returns which shows how in every decade, our overall rate of technological progress has doubled. As Ray puts it, “We won’t experience 100 years of progress in the 21st century—it will be more like 20,000 years of progress.”

A glance at recent history provides all the proof we need. The first iPhone hit the market in 2007, and yet it’s hard to imagine a time when there wasn’t a smartphone in every pocket. You probably have one within a few feet of you at all times. Are you holding it right now?

The introduction of 4G accelerated tech also made game-changing ideas like Uber possible. As Nicholas Thompson (Editor of Wired) pointed out, the ride-sharing app simply couldn’t have existed without the speed of 3G internet. A valid follow-up question then is: what will the mass adoption of 5G bring? Coupled with the rise of artificial intelligence (AI) (predicted to be a 9-billion dollar industry by 2025), it’s certain that this decade will bring innovations driven by almost limitless access to data and data processing power.

Get yourself and your company on board with change. There are entire industries dedicated to change management because humans are naturally wired to stay on the path of least resistance. So, shifting your mindset, and those of your colleagues, towards embracing change as it comes will give you a better chance of staying on the rising side of the bell curve and avoid becoming another Blockbuster video.

How can you do this? Research shows that people are more likely to embrace a larger change when they have gotten used to accepting smaller changes along the way. Even minor changes in how you do things day to day can condition your brain to be accepting of “change” in general. The key is to be intentional about the types of change and how often they happen.

Do you like your house? Want a new one? Next week perhaps? When it comes to examples of 3D printed houses, there is no shortage of pioneers: XtreeE in France, Apis Cor in Russia, CyBe Construction in Holland, WASP in Italy, and Winsun in China, are just a few! The technology these companies have created is likely to be scaled by 2030 so that we will see the construction industry wholly transformed.

The United Arab Emirates has also pledged to lead the charge in this area, launching a “3D Printing Strategy” that predicts a quarter of Dubai’s building will be 3D printed by 2030. In Russia, Apis Cor’s solution is already capable of printing an entire house in 24 hours, and they’ve recently partnered with Gerdau in the USA, intending to make printed homes mainstream throughout North and South America.

The real key to 3D printing’s growth is about re-envisioning how you do things. Ask yourself what if? A fun experiment is to ask yourself “what if tomorrow morning we suddenly woke up and couldn’t do things the “old way” anymore? How would we change? When you re-envision your day to day, that’s when real opportunities start to present themselves.

3 – Drones will replace the fireworks industry

Did you know that Americans spend almost $1-billion on fireworks each year! Disney alone spends $50-million dollars annually on fireworks and pyrotechnics. A “booming” industry that has been with us for thousands of years, fireworks are yet another area that is poised to change in dramatic ways over the next decade. Why? Drones.

In December 2019 Shanghai marked the New Year with a drone display as mesmerizing as the most memorable fireworks celebration. Video footage swept the internet as thousands of drones flew in formation across the city, creating images of animated running men, words, and – of course – artificial fireworks explosions that were just as impressive as the original.

So why did they shift away from traditional fireworks? One obvious reason is cost. Fireworks are a very expensive one-and-done product. Drones, on the other hand, can be used over and over again for many years. Beyond cost, fireworks are also known to have a significant negative impact on local environments, so drones offer a perfect solution to reduce or eliminate this annual impact while providing all of the bright shimmer and sparkle people love.

Staying ahead of the curve over the next decade means asking “where else?” Where else has your problem been solved? Or, where have people accomplished the same goal through different means? Look beyond your industry to find solutions that you may never have considered before.

4 – Technology takes the front seat (and you, wherever you want)

The last decade saw the disruption of the automotive industry by hybrid and electric vehicles, but that is only the beginning. An industry that has transformed the world in the last 100 years is about to see a significant shift towards autonomous cars, thought to be a safer solution to navigating our world.

You may have also seen Waymo (Google’s Self-Driving Car Project) and May Mobility’s Robo-shuttles in Michigan, Ohio, and Rhode Island, making headlines. Tesla has made some of the biggest promises, with its driverless model allegedly only weeks from launch. Ford, General Motors and Uber are also working toward the takeover of AI-driven cars with Intel predicting that the driverless car market will be worth $800-billion by 2035.

Whether we see these autonomous cars in the next year is questionable, but the fact that they will be here in the next decade is inevitable.

Embrace and expand on emerging technology. Who says that you can’t take part in the latest emerging technological trends? AI was not initially intended for driving people around town, but it certainly will make for a different – and safer – commute in the next 10 years. To stay ahead, consider how you might incorporate new technologies into your area of business and evolve them to do new things that they may never have been intended for in the first place.

5 – Virtual gaming will become an Olympic sport by 2040

As traditional sporting events fight for attendance and relevancy, virtual gaming has gone from a weekend hobby in your basement to a stadium-filling mega-industry poised to take over.

Perhaps you’ve heard of League of Legends or Fortnite, two games at the forefront of this phenomenon, who make a large chunk of their revenue not by selling the game, but by selling in-game items for real money. In 2018 alone, Fortnite generated over $1 billion of its $2.4 billion revenue from the sale of in-game items. You may also have heard of the 16-year old who won the $3-million grand prize at Fortnite’s World Cup. To put this in context, this is a far cry from the €120 thousand that Kipchoge took home after setting a remarkable new world record of 2:01:39 at the Berlin Marathon.

With such wild growth and popularity, it’s hard not to predict that virtual gaming will eclipse traditional sporting events and join the world stage of the Olympics by 2040.

Pay attention to where your kids are spending their time. If you are over the age of 35 and think that you know what the newest trends are, you are wrong. Those 20 years old and younger are one of the best, but also least considered, focus groups that you may just have access to under your own roof. Look at what they are interested in and where they spend their time so that you can get your focus off of “the way things were” and onto “the way things are going to be”.

What does the next 10-years mean for you?

So, what do you predict for the next 10 years? Will we still be living as we are now? Or will we working alongside (or for?) AI-driven systems who will make decisions millions of times faster, and more accurate, than you or I? Were you one of the few who saw the digital writing on the wall and doubled-down on data companies or Bitcoin? Maybe you are sitting there on top of a mountain of Apple and Amazon stock thinking about your place in the upcoming floating space colony. If that’s you, or even if it isn’t, let us know what we should be watching for in the next ten years. The possibilities for innovation are endless! 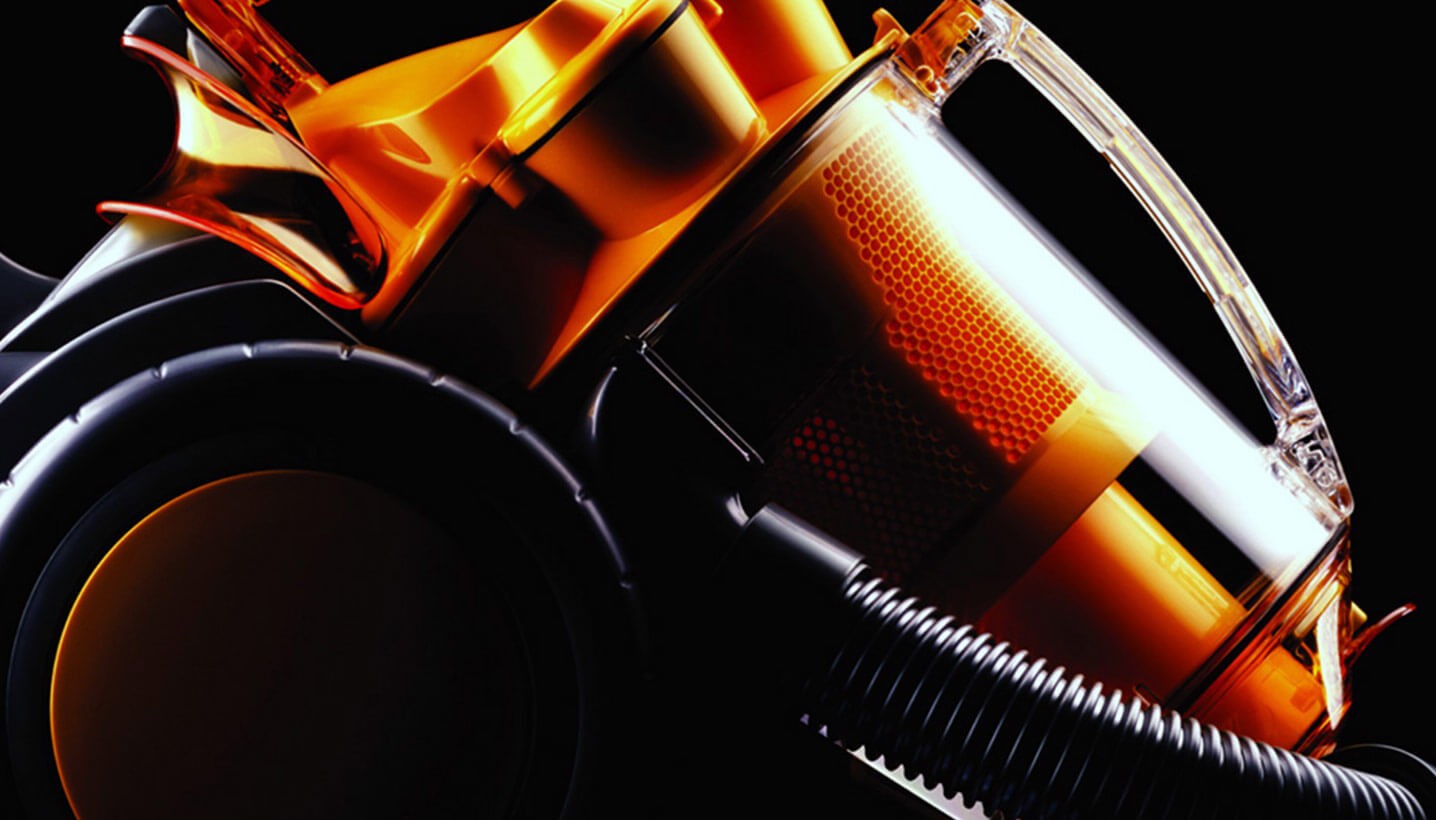 Innovation Excellence
Innovation The Dyson Way
Sir James Dyson is lauded as one of the greatest innovators of our time, but... - Read More
Share this article 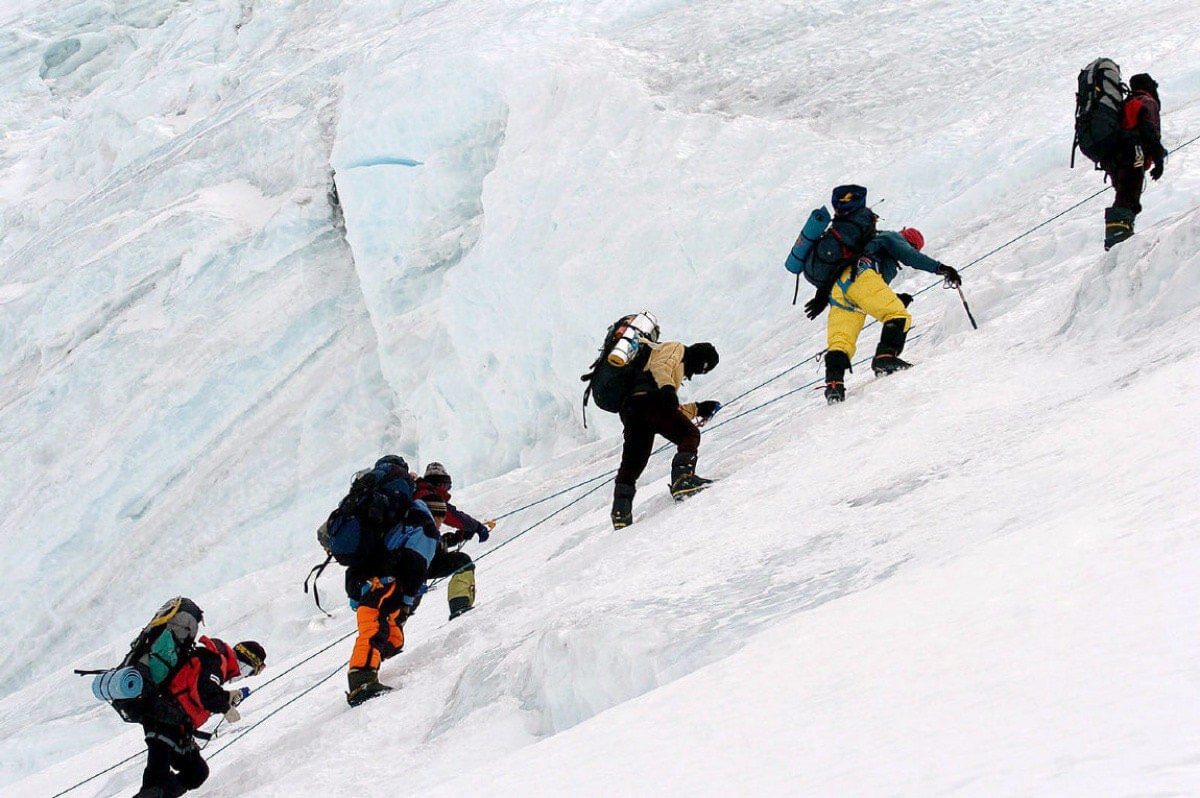 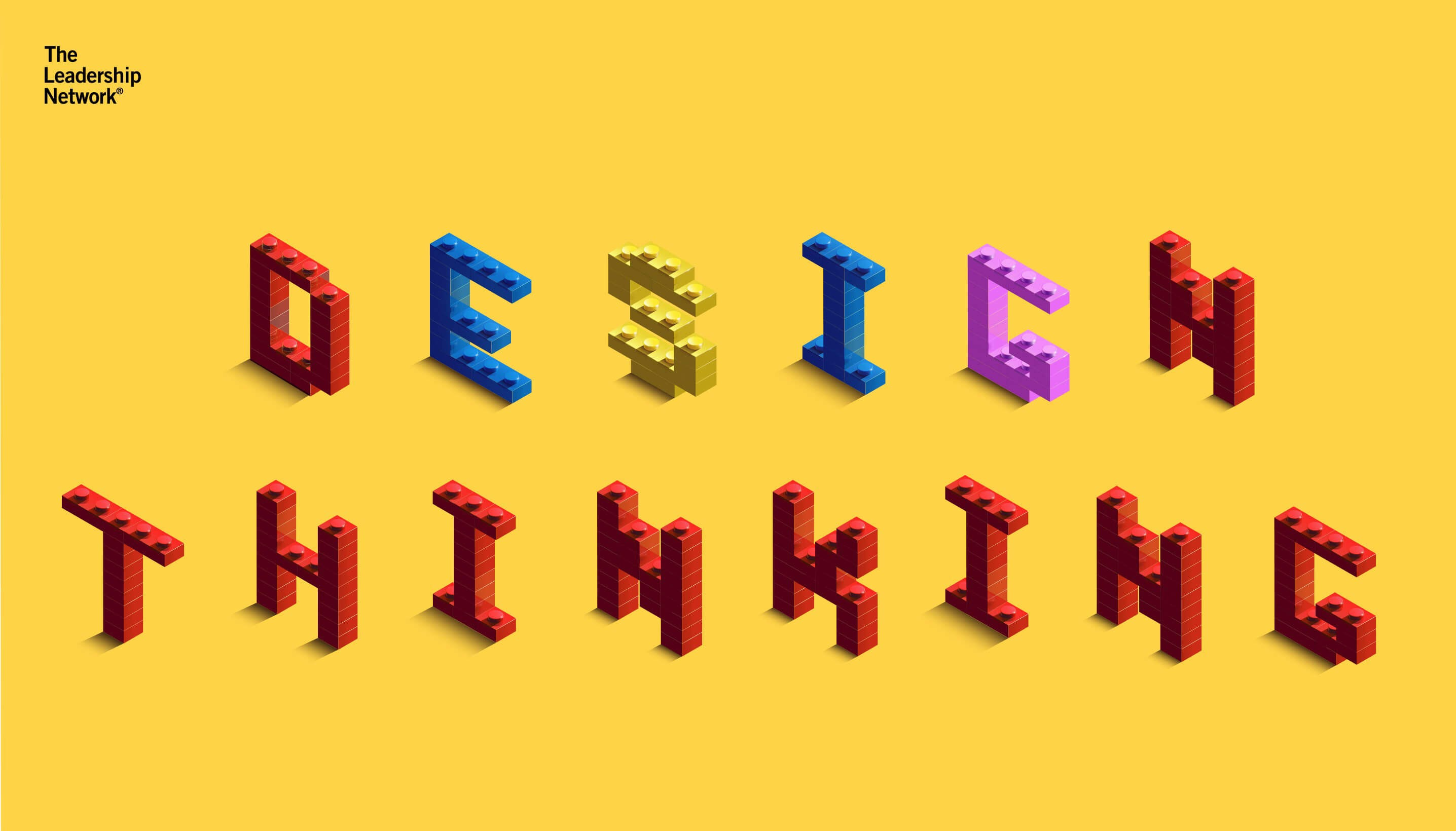