Marmitegate and Exploding Phones: What’s Going on in the World of Supply Chain? 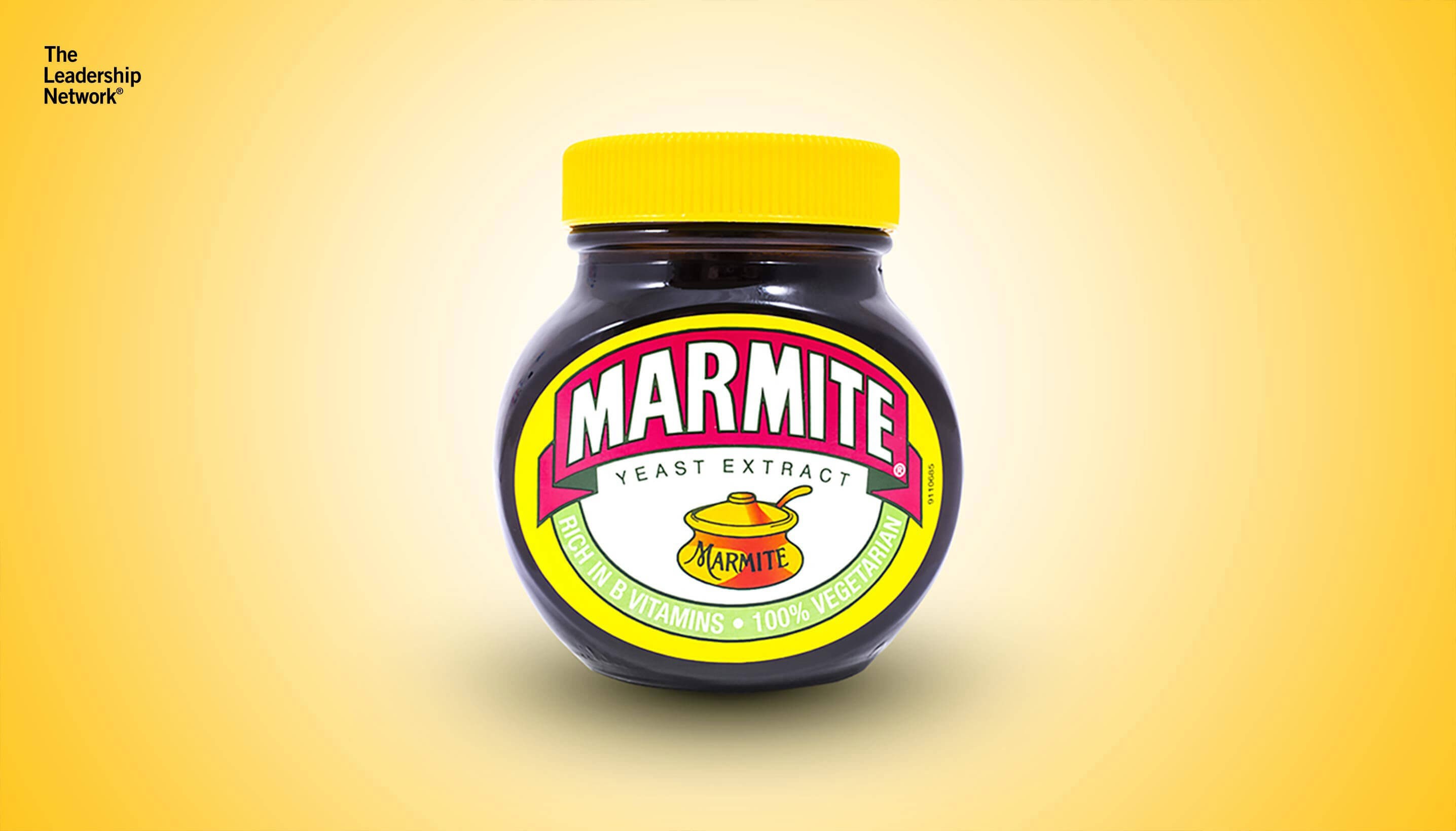 Disagreements between suppliers and retailers are relatively common, but not one that cuts off the supply of much-loved brands to grocery store shelves.

Tesco and Unilever may have resolved their price dispute, but last week’s events have exposed the vulnerability of businesses in a post-Brexit Britain and the urgent need for resilient supply chains.

Tesco and Unilever made the headlines last week over a pricing dispute, reflecting the heightened tensions between retailers and suppliers as they battle for profits in a post-Brexit world.

Unilever pushed for a 10 percent increase in prices on top-selling products such as Marmite and Pot Noodle to offset the higher cost of imported commodities and ingredients due to the drop in the value of sterling (which has fallen by around 17 percent since the UK voted to leave the EU). Tesco refused to accept the price increase, stopping online sales of Unilever’s brands and taking the unusual step of making a dispute with a major supplier public.

Less than 24 hours later, both companies said the spat had been resolved – suggesting both parties’ wanted to avoid any reputational damage while at the same time seeming to be helping the consumer.

Although we will never know which company yielded or even if a mutually beneficial compromise was reached, we do know that it’s a sign of more to come.

Why Unilever flexed its muscles

Many believed Unilever had the advantage because it owns popular household name brands, to which many customers are undoubtedly loyal. YouGov BrandIndex[1] figures show Unilever brands PG Tips, Colman’s and Marmite are among Britain’s most highly ranked brands in the dried ambient food category, placing eighth, ninth and 11th on a list of 29 brands.

But there was also a risk for Unilever. It has built its image on being a company that cares about sustainability and its customers. Unilever received a surprising amount of flak for pushing price increases. Conservative MPs and industry insiders accused Unilever of “exploiting consumers” and “using Brexit as an excuse,” and now its biggest brands have been associated with the falling value of the pound, Brexit, and price inflation.

Marmite has sustained some perceptual damage with BrandIndex showing its reputation has gone down by 11.6 points. However, as this is a low-involvement FMCG product (i.e. its relatively inexpensive and therefore low risk to the buyer), brand image and reputation are not as important as brand awareness and saliency at the point of purchase. So while Marmite took a back step in terms of brand image last week, it took three steps forward in terms of awareness, suggesting that Unilever’s brands actually benefitted from the free publicity.

We also shouldn’t assume that Unilever did not manage to get a price rise. It’s highly likely that it asked for 10% to get 5%, and therefore we can expect this price rise to be agreed across all the other big supermarkets.

Tesco’s decision could have put the grocer at risk of losing market share and driving consumers into the arms of its competitors. The austerity of household budgets during the 2008-9 recession impacted supermarket loyalty as consumers became increasingly promiscuous, visiting a number of different stores to get the best deals. This allowed Aldi and Lidl to expand at the expense of the ‘Big Four’ supermarkets, which responded by aggressively cutting prices.

Tesco’s gamble paid off, however, because it publically declared its commitment to low prices. Its shares have increased by 5 percent, its value perception is up by 5.2 points on YouGov’s BrandIndex, and it has successfully cast itself as the consumer’s champion.

"For the first time in many years, Tesco is coming across as the consumer champion and in the popular press is being reported as the company fighting to keep prices low for shoppers. This is good news for Tesco," said HSBC analyst David McCarthy.

The fight and perceived victory also shore up CEO Dave Lewis and his image as a leader transforming Tesco. The former head of Unilever’s personal goods range, Lewis joined Tesco in 2014 to steer the turnaround of Britain's biggest supermarket. He has so far increased its share of the UK grocery market to around 28 percent, thereby providing Tesco with the leverage it needed to resist supplier demands as well as the insider knowledge to outmaneuver Unilever.

Last week’s price dispute marks the first time, at least in the public spotlight, where a set of businesses have made a play to do something different in the wake of Brexit.

Ian Wright, director general of the FDF, which represents Unilever in the UK, told Radio 4: "This is emblematic of what is come… What we are seeing here is the first sign of a series of price increases which retailers are going to fight not to impose and manufacturers are going to seek to pass on because they have had a 20 percent increase in the value of their ingredients and import costs."

This underscores how critical supply chain resilience has become for businesses operating in a now politically volatile Europe, but many UK and European businesses are not sufficiently prepared. The major economies in Britain, Europe and America have been historically strong and stable, so businesses are used to managing volatility at the back-end of the supply chain in other parts of the world such as Asia, not in the front-end with retailers.

Tesco and Unilever aren’t the only industry giants that made headline news because of their supply chain. Last week, Samsung reportedly took a £4.4 billion hit due to the Galaxy Note 7 crisis.

The electronics giant blamed faulty batteries made by an unnamed supplier, but some experts believe the problem was caused by the handset’s underlying technology, and Samsung’s decision to rush it out before the latest iPhone launch. In either case, the core problem lies with Samsung’s supply chain and lack of contingency planning.

In contrast, companies such as Apple can recover from supply chain disruptions more quickly than their competitors because of their resilient supply chains with increased flexibility. Apple works with a number of different suppliers including Foxconn, Pegatron, and Wistron to help drive down pricing and safeguard their production. This competitive advantage can potentially increase their market share; Samsung’s woes have already sent Apple’s shares to a 10-month high.

When talking about creating contingency plans, it’s easy to focus on the dramatic, high-impact risks such as pandemics, natural disasters, and terrorism. However, even the smallest hiccup in your supply chain can cause severe disruptions.

A much more thorough approach is required to achieve true resilience, one that takes into account every eventuality. Understanding all the possible risks in your supply chain, their possible impact, and probability, helps companies mitigate them in an efficient manner.

The most important step companies can take to increase their resilience fundamentally and efficiently is to increase their flexibility. Flexibility not only increases resilience in case of a major disruption, but it also ensures supply chain efficiency in normal times. With a faster recovery time, resilient companies gain a significant competitive advantage over their competitors; one that transforms supply chain disruptions into opportunities.

[1]The Index measure is a reflection of the public’s perception of brands on a daily basis across a range of measures, including value, quality, and satisfaction. 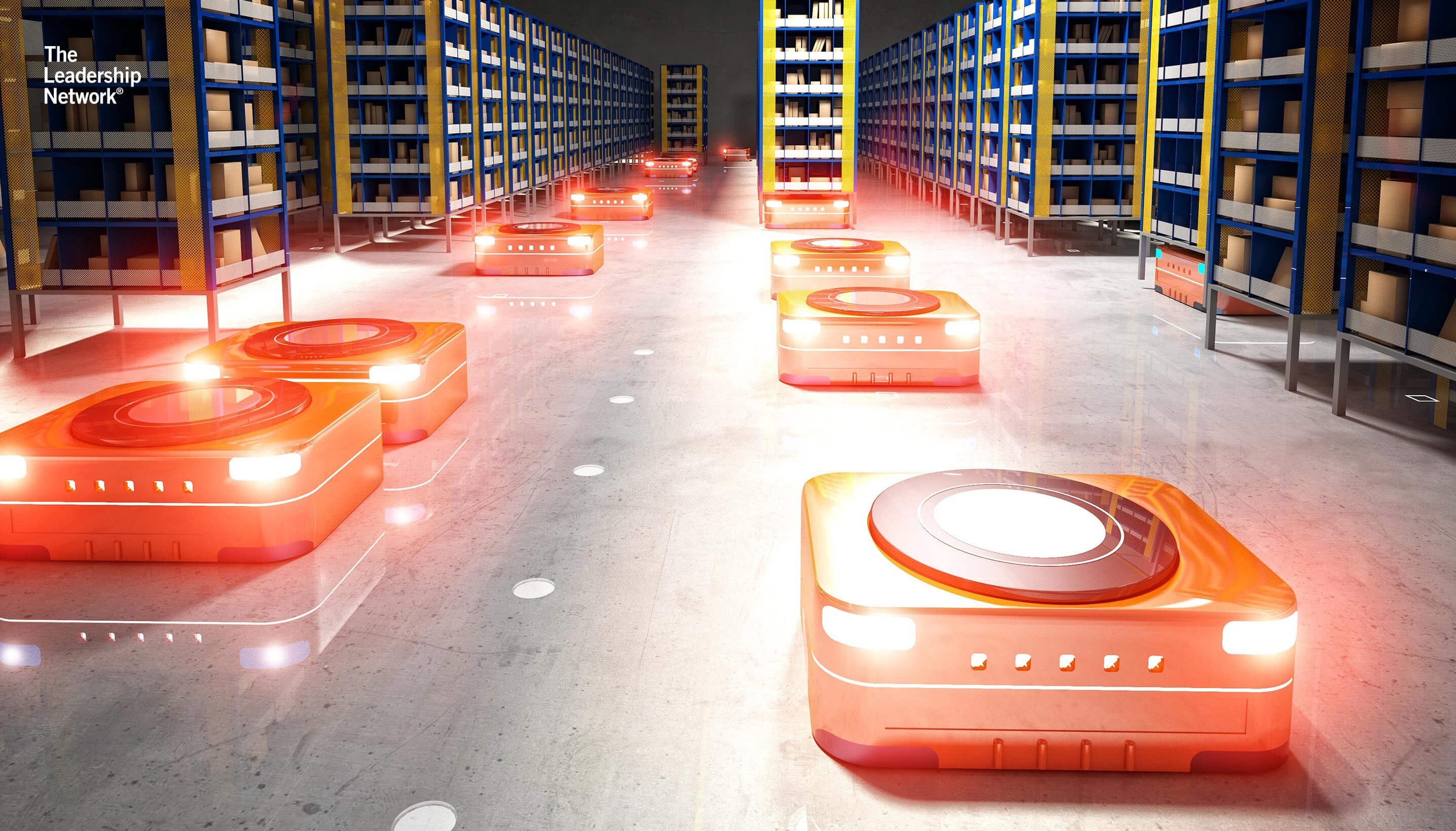 Supply Chain 4.0
We Are All In The Supply Chain Business
The ongoing transformation of our industrial supply chain is hardly the first of its kind.... - Read More
Share this article 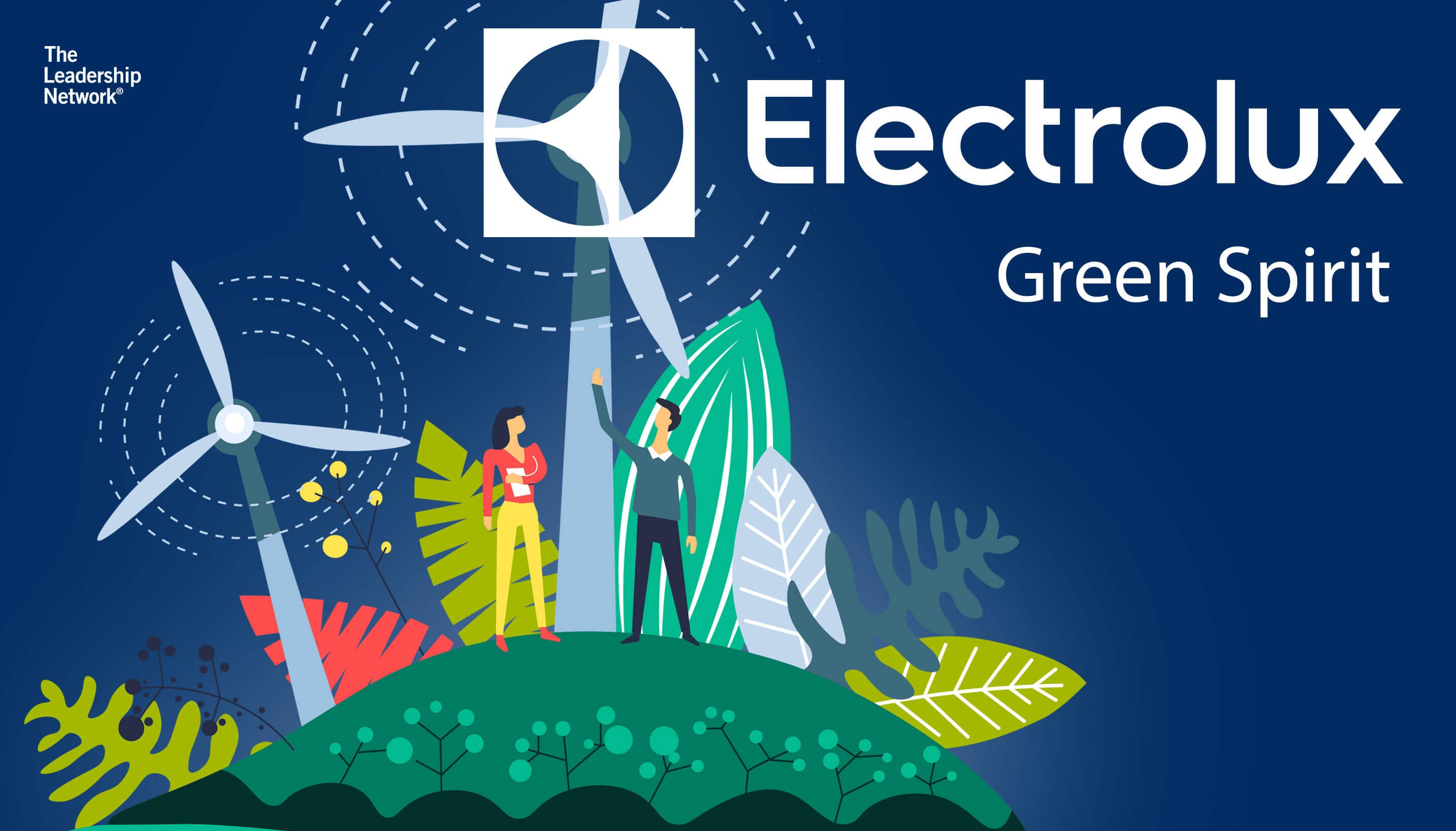 Supply Chain 4.0
How Electrolux Achieved 60% Reduction in Co2 Emissions
The report by the Intergovernmental Panel on Climate Change set the world a clear target: we must... - Read More
Share this article 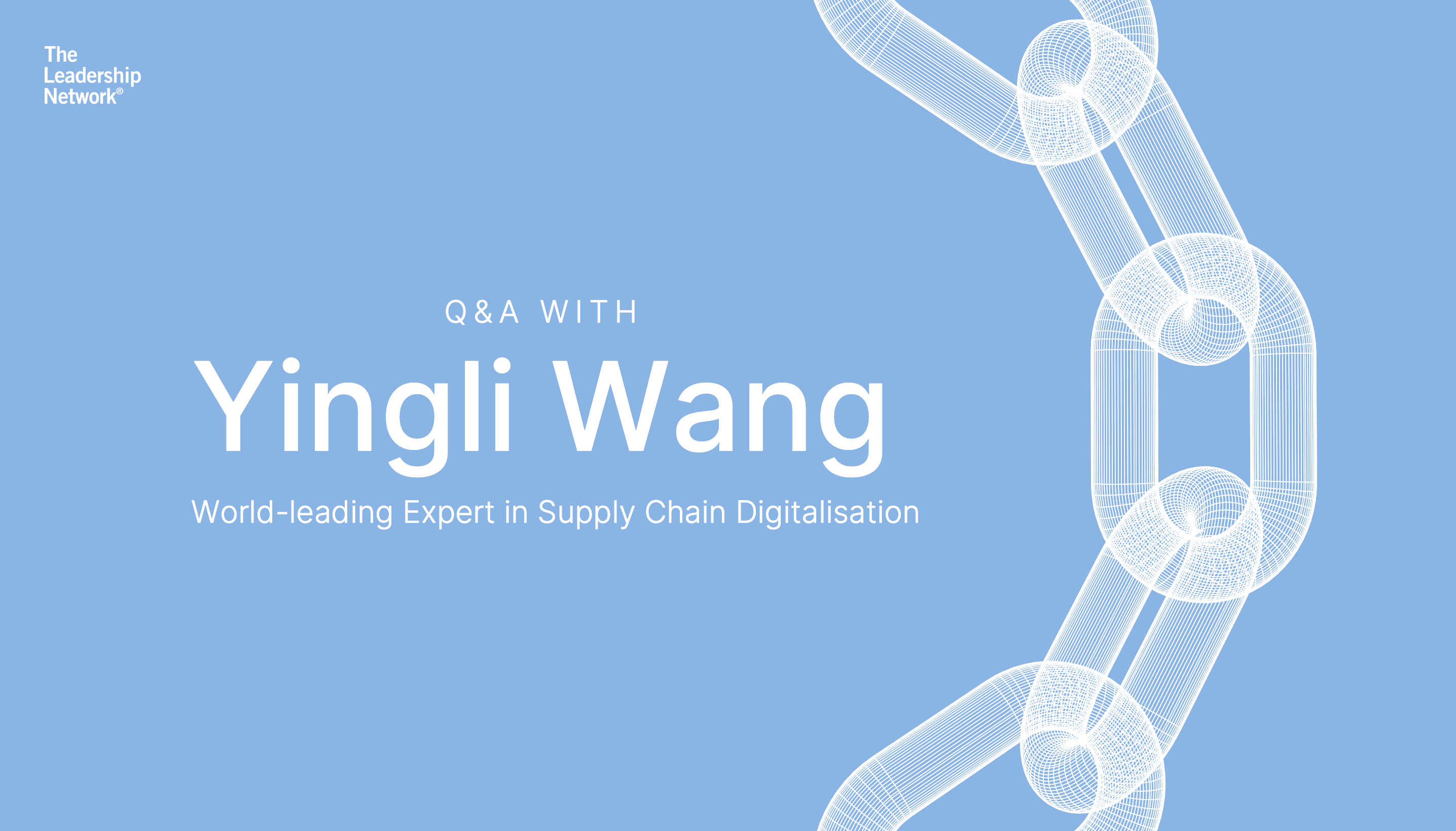 Supply Chain 4.0
Navigating your Supply Chain Digitalisation Strategy
The below post is a summary of the Q&A that took place on the 14th February... - Read More
Share this article