When the Sensei goes away. 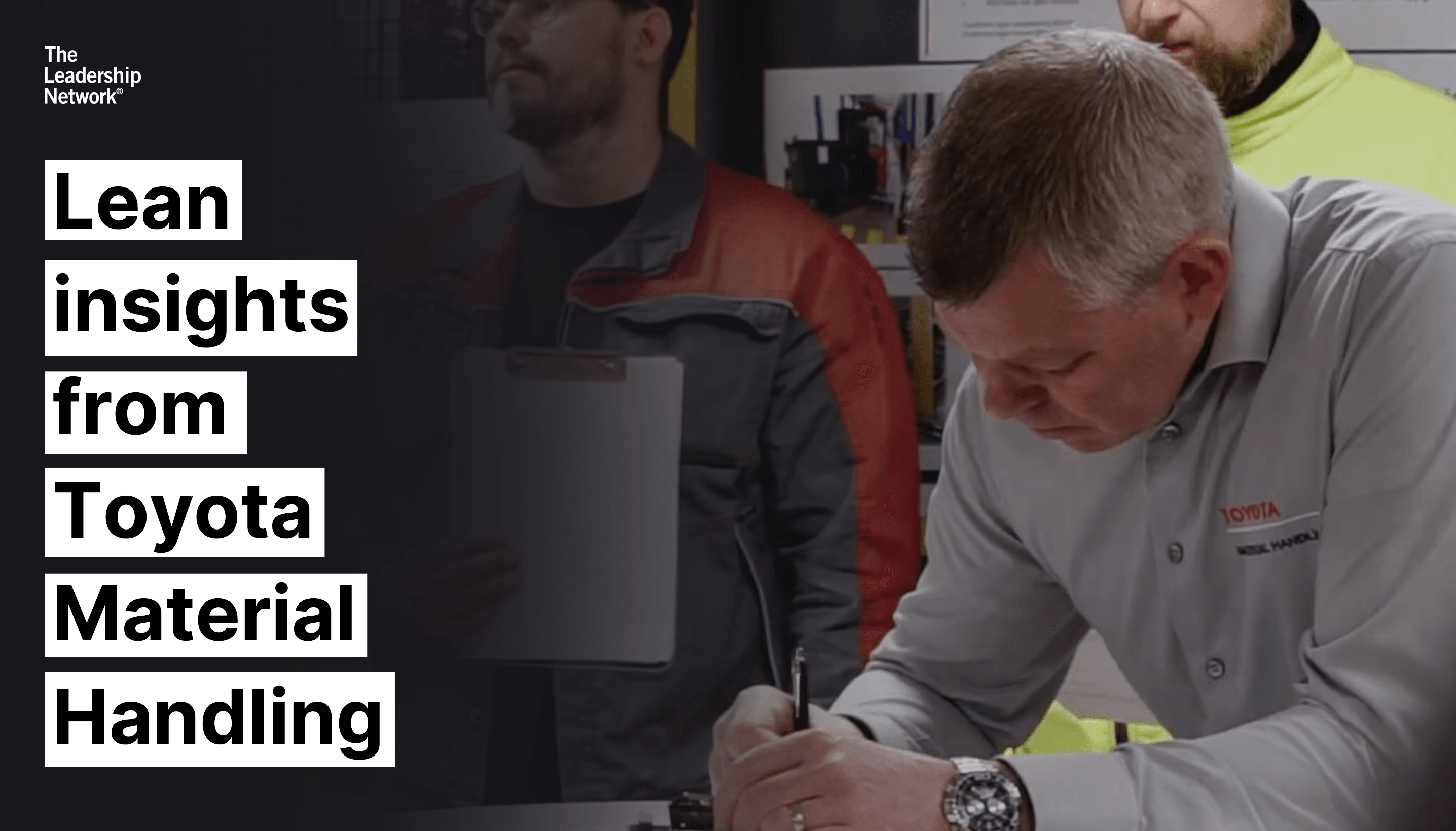 Thousands of businesses in the West strive to replicate Toyota’s culture of operational excellence into their own work culture. The Leadership Network explores the journey of Toyota Material Handling as they took on a European business and worked to embed Japanese thinking into every team and process. This 3-part series about adopting, adapting and maintaining Lean working practices begins with an examination of how leaders can build the foundations of a continuous improvement mindset.

Lean as a harmonising tool

Behind every great merger is an effective transition process that marries two diverse working cultures without a whisper of compromise on the quality of the output. When Toyota Material Handing Europe bought Swedish-based forklift truck corporation BT Industries, the largest material handling company in Europe was born. Both parties faced the challenge of blending distinct organisational structures to maintain high levels of employee satisfaction and in turn, to support customer expectations. As Toyota Material Handling surveyed its newly acquired factories, they had to establish methods of tuning hundreds of workers, diverse in personality, background, and skill, into the continuous improvement mindset.

The challenges of the merger transition were addressed head-on with support from Japan in the form of senseis, masters of Lean principles. They were brought in to drive change in working culture, helping everyone in the organisation to learn how to improve and change. Those new to Lean thinking were encouraged to embark on their journey with an open mind and a willingness to change habits and processes for the better.

Toyota Material Handling was embarking on a new adventure which created anticipation, high energy levels, and focus. But when the senseis left, the thrill began to disappear, and employees voiced their concerns. As people began to question the new thinking, the business had to dig deep to reaffirm commitment to the changes and to reinforce the bridge between cultures.

This was the critical point when Toyota’s leadership faced the challenge of maintaining the senseis’ work. Stefano Cortiglioni, Head of Transformation at Toyota’s Lean Academy in Bologna, Italy reinforces their lessons in every part of the business by turning their values into action. “I believe that a key factor in embedding Lean into everyday behaviour and organisational systems is to offer coherence and support to every member of the workforce,” says Cortiglioni.

Connecting workers to the business and making them feel invested in its purpose is a priority of Lean culture. Encouraging employees to develop rules together motivates everyone to follow them, shaping a business that runs more like a family than a hierarchy. When people join a European business, they anticipate rules written in stone, but at Toyota they find a company built on family values, managed by a set of fair and flexible rules created by the workforce themselves. Hoshin Kanri is a meaningful form of management that flows throughout Toyota: Hoshin means direction and Kanri means management. This concept describes the deployment of the mid-term company target which has every employee working towards the same direction to support the final target.

The senseis supported the Kaizen philosophy, which means change for better, or continuous improvement by rewarding positive working practices of the most talented, connected and purposeful employees. Senseis coached managers to look beyond the immediate challenges and focus on the needs of the customers. In order to continue motivating workers to continuously aim to improve their processes, positive reinforcement is key. But at Toyota, rewards mean more than money and leaders are encouraged to demonstrate their true appreciation of the work of an individual or team. Aozora Ichiba, an annual fair in Japan, offers a platform to showcase great ideas from employees at every level. Attended by the company’s President, Vice Presidents and the Board, this is a unique opportunity for people to shine by offering genuine recognition and a platform to share ideas with colleagues from the highest levels of the business.

These individuals play a key role in supporting the Lean culture. With power comes responsibility and a successful leader is not only measured by results. Lean gives leaders an obligation to mentor, like an old father supporting his children, say the Japanese. Managers must connect with their teams on a professional and personal level with ample face time to address issues and celebrate successes. Teams are encouraged to connect emotionally, and leaders must support and integrate every person into the company culture to achieve desired results.

Implementing Lean in a Western business

When the senseis left the European managers to govern themselves, they gave them a suite of tools to maintain the exceptional standards expected by workforce and customers alike. At Toyota the customer is both internal and external – a workforce treated with as much respect as an end client is a true Lean virtue.

Another key factor that helped Cortiglioni maintain a culture of operational excellence was attention to detail. He remembers that as the business grew, they started to run out of space at one of the plants. A Gemba tour (going around the actual place) unveiled the possibility to solve this issue, simply by avoiding a big stock of components. So they worked together with suppliers to arrange the delivery of components to be ‘just in time’. He advises the Lean virtue of looking in every corner to improve KPIs.

Embedding Lean takes time and patience and requires people to lead from the top while letting them find their own sense of purpose. The issue of blame is a fascinating point of contrast between Western and Eastern working cultures. In the West we attribute mistakes to people. Japanese leaders simply do not accept finger-pointing. If an individual is working without the support of good processes, the manager takes responsibility for the lack of process leading to the failure.

Another traditional Western reaction to a business misstep is asking ‘who is wrong?’ but Toyota Material Handling encourages leaders to ask the Japanese question ‘what is wrong?’. A company problem is almost always the culprit rather than a people problem and can be solved with transparency.

Cortiglioni offers further insight on how leadership continues to facilitate Lean culture by casting light on the Lean concept of success, which is measured by team satisfaction rather than by numbers. “With a strong and engaged team, the numbers will follow. Leaders must place complete trust in their teams and understand that they cannot manage everything alone. They have to identify their strong points and weak points and surround themselves by people who have strengths where they do not.”

Cortiglioni recalls the beginning of his career and the difficulties to establish the morning meeting as a stand-up meeting where people discuss and solve quality problems. (Asaichi in Japanese and a cornerstone of Lean working). “It was imperative that this meeting was not used to cast blame for mistakes or mismanagement,” he confirms. As a Lean leader he shifted the focus to discussion and support and is proud to report that the daily Asaichi meeting is now well-attended every day, even when he is not there. This is testament to Cortiglioni’s strong leadership values which advocate that you’re only as good as your team is in your absence.

Cortiglioni highlights daily management as a fundamental pillar of his work. For managers to have a clear view of alignment with targets, they must identify the first sign of a deviation, offering an early opportunity to solve a problem. Every factory records targets and standards as well as deviations and analysis daily and hourly, providing clarity and a clear path to achieving a target. Visual management is a core approach in Lean. All KPIs, trends, and results are displayed throughout the factory, offering openness and availability for everyone.

Building foundations for everyone to thrive, from the post room to the boardroom is a challenge faced by businesses globally. Adopting a true continuous improvement mindset, as Japanese leaders do so well, can lead to fundamental and powerful change. The senseis may no longer be physically present in European Toyota Material Handling plants, but their presence continues to inspire as the business grows stronger. 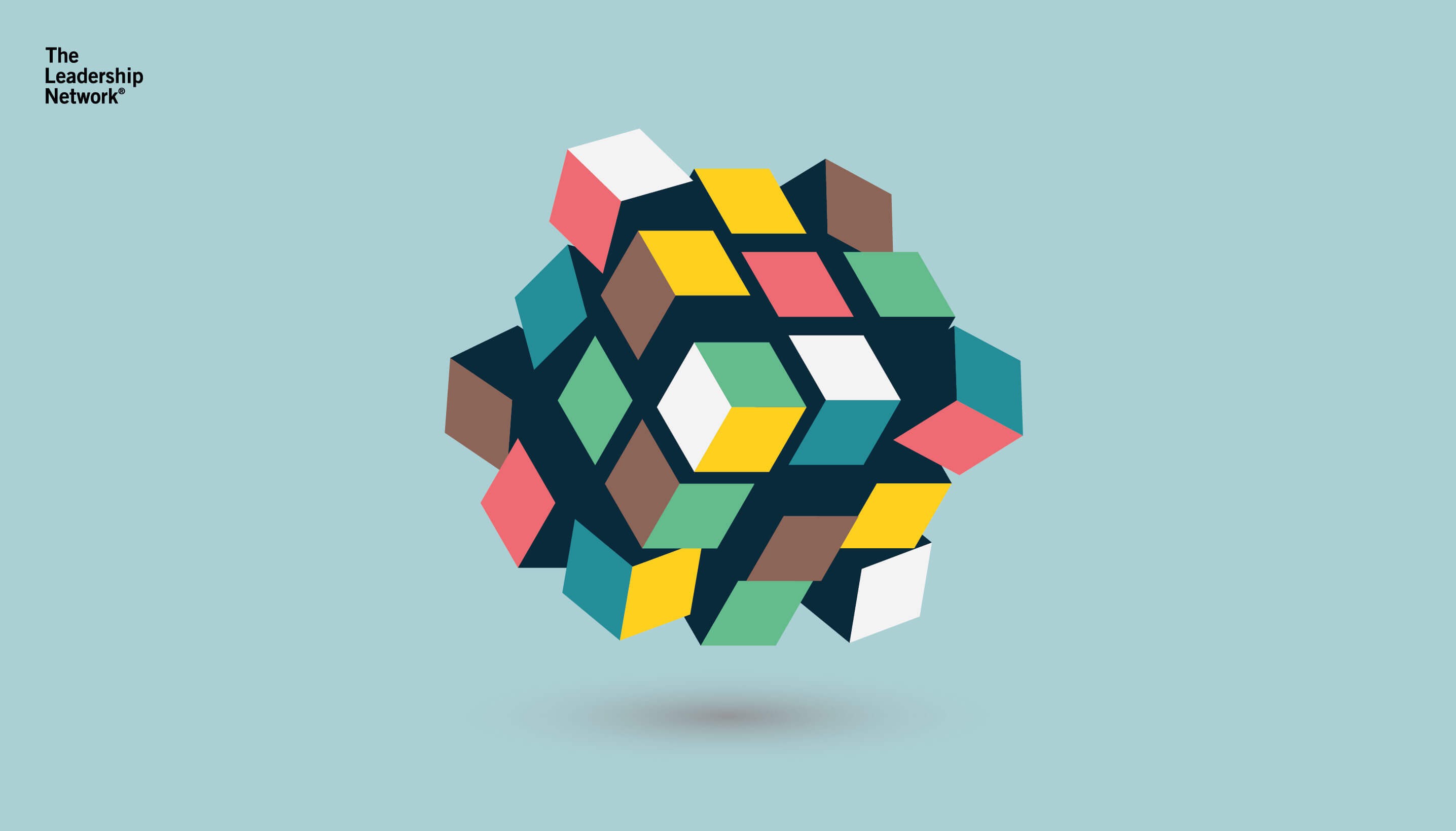 Enterprise Excellence
The secret problem solving weapon of Lean organiza...
Engineers are bred to solve problems.  From the first day of school, it is part... - Read More
Share this article 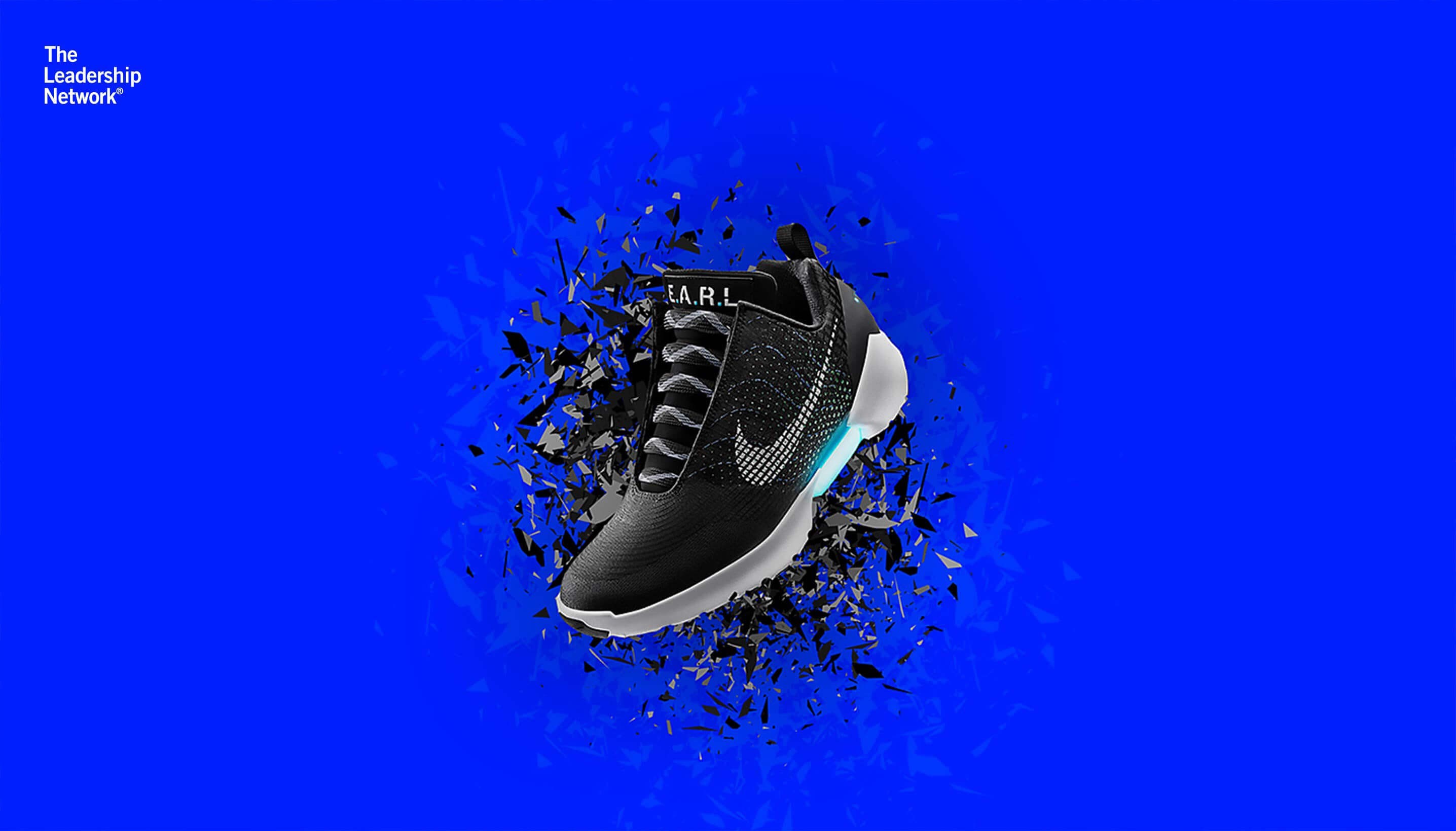 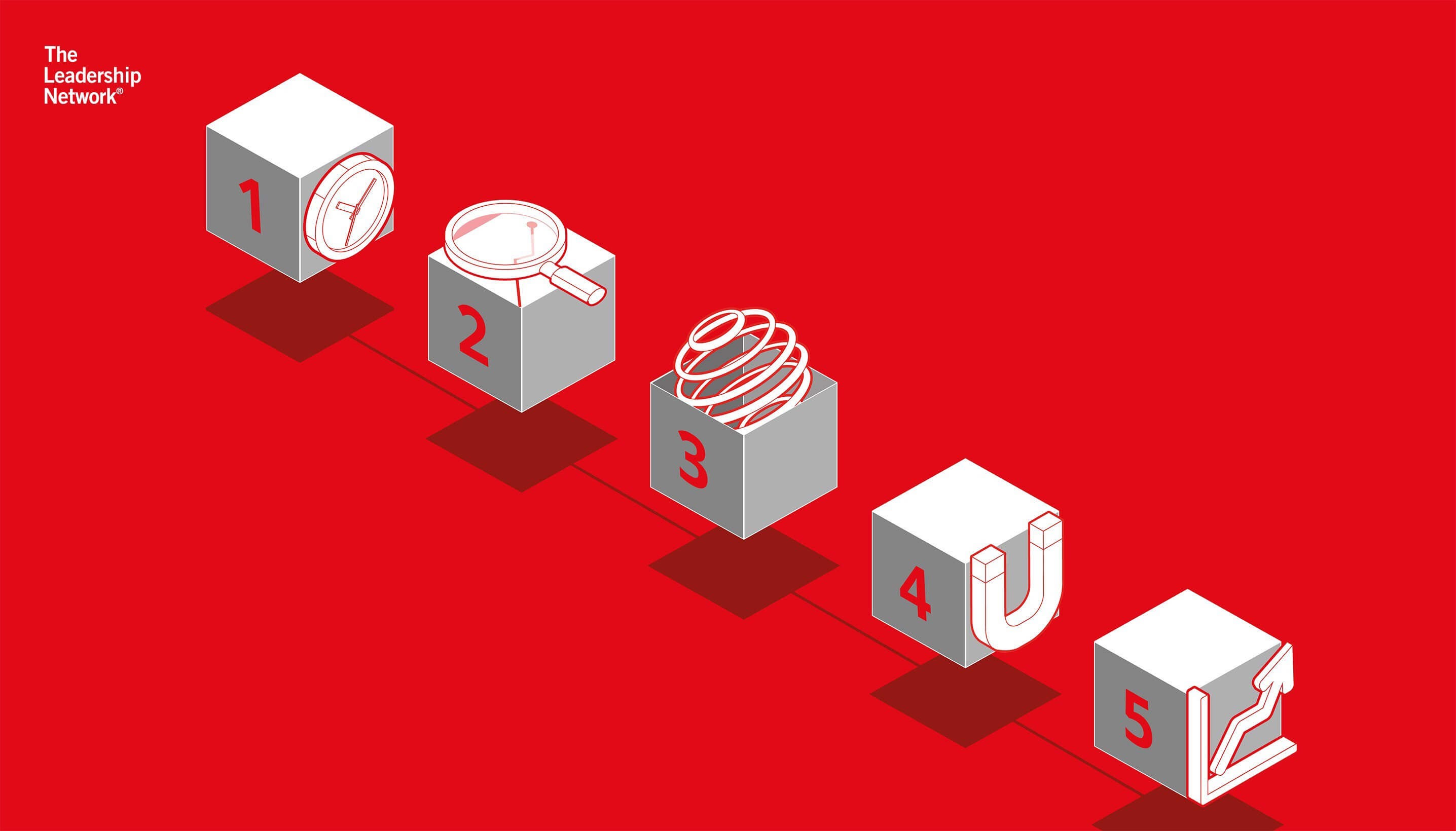 Enterprise Excellence
How to implement Lean in five steps
The term Lean Production was first used in 1990 by Massachusetts Institute of Technology (MIT)... - Read More
Share this article